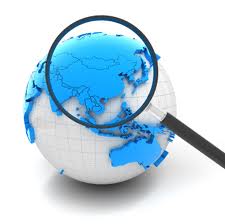 Leaders are fundamentally charged with getting things done. That’s the underlying principle of my seminar/book titled “The Waterfall Effect: Six Principles for Productive Leadership.” Thus, the ultimate objective for every leader is to be productive. Failure to do so results in the loss of leadership, formally (demotion) or informally (ineffectiveness).

Controlling the People – The Micro View

Many leaders, especially those in the professional services industries, view leadership as an exercise in micro-management. They constantly insert themselves into their team members’ every effort. They either redirect team effort by giving detailed, step-by-step instruction, or they usurp team effort by just doing the work themselves. This is an example of controlling the people.

Things get done, but at the pace of one person’s ability and availability. There is no leverage of team member talent or time. It’s strictly a linear result. The harder the leader works – directing his/her team members – the more the team gets done. The team languishes without the leader’s involvement. They are accustomed to direction not self-direction.

Controlling the Work – The Macro View

A more effective way to lead is to focus on controlling the work instead of controlling the people. Team members are generally hired because they are thought capable of doing the work the position demands. Starting from that perspective, a leader can assume the people will do what’s needed, that they will self-initiate, that they will try. (Of course, if they won’t try, then the hiring process and decision making surrounding it is flawed, which is a subject for a different expert to address.)

Working from the assumption that team members want to work and succeed, a leader can focus on controlling the work itself. This is a focus on the timing, the flow and the quality of the work product. In many ways, it’s a developmental effort as leaders focus on helping their people be more productive and to deliver higher quality results. The end result of focusing on the work is that leaders are leveraging the time and talent their team members have.

Here a couple of thoughts on how to focus on controlling the work instead of the people:

Shift Towards the Macro View of Leadership

By shifting focus away from controlling the people and towards controlling the work, leaders can achieve much higher productivity. Along the way, the team will become more independent and more effective. Leveraging the time and talent each team member possesses produces a result that benefits the team member, the leader and the firm.